Racecourses are essentially vast open spaces, but when I think of Ellerslie Racecourse, much more than the race track itself – I’m not a race goer – I think of the magnificent trees and shaded walks that make it Auckland’s garden racecourse. This park-like setting dates back to the mid-1800s: Scotsman Robert Graham named his estate in the area Elderslie after his home in Larnarkshire. This name soon mutated to Ellerslie and was applied as well to the settlement that formed near Graham’s property. When the railway heading south from Auckland reached Ellerslie in the early1870s Graham developed part of his land as gardens and even a small zoo which he hoped would attract visitors to the area. At the same time a racecourse was inaugurated in adjoining fields – the first race was held there in January 1874 – and when Graham’s farm was sub-divided in 1889 the landscaped part of it was incorporated in the grounds of the racecourse.

The grandstands have been enlarged over the decades but the racecourse, its outbuildings and its carefully tended gardens have changed very little since I used to love playing here with my cousins when we were children and lived nearby. 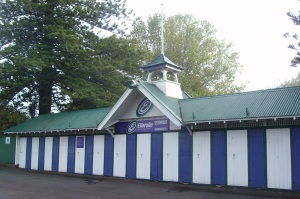 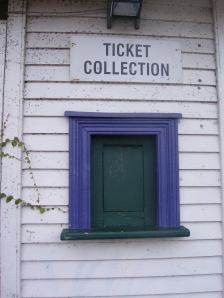 Two of the original buildings in the Auckland Racing Club’s colours. 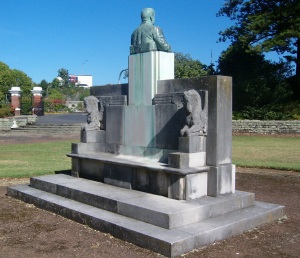 Sir Edwin Mitchelson, pioneering timber and kauri gum merchant and politician was president of the Auckland Racing Club from 1905 to 1932. Both during this period and in earlier years when he was mayor of Auckland, he was passionate about landscaping and the creation of parks and reserves throughout the city. It is largely thanks to him that Robert Graham’s gardens were shaped into the beautiful place they are today. this monument to him – the sculpture is by Bertram Mackennal – is backed by a benchseat flanked by a pair of winged horses. 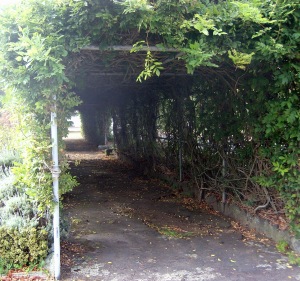 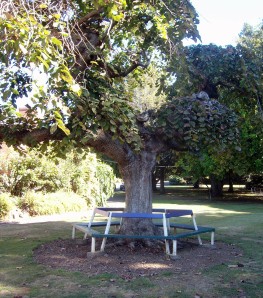 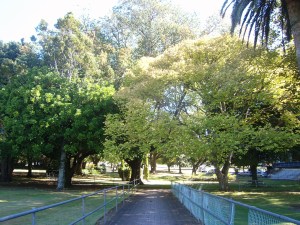 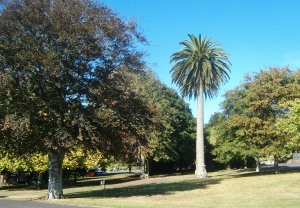 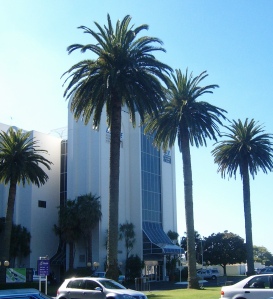 Palm trees add a tropical, riviera-like touch to the gardens. In the right the new Events centre. the racecourse’s heyday has long since passed – nowadays the gardens are a backdrop to social events and there is even a golf driving range infield and a dog and owner training school in part of the stables. 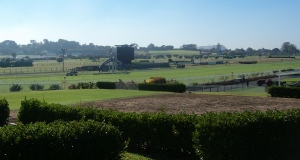 the racetrack with the golf range infield behind finishing post 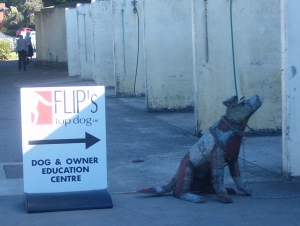 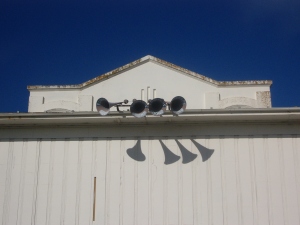 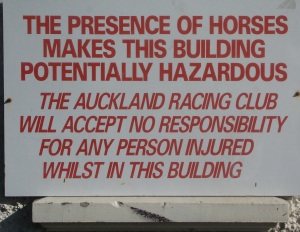 Hard to see the logic in this – how can horses make a building hazardous? Another opportunity for a proofreader’s red pen!!! 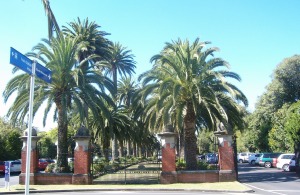 Race day traffic uses this entrance while pedestrians use the shaded central pathway.

The racecourse gardens are open to the public except on racedays and a used car market is held in the carpark on Sundays. To check out the dress code for race days, see http://www.ellerslie.co.nz 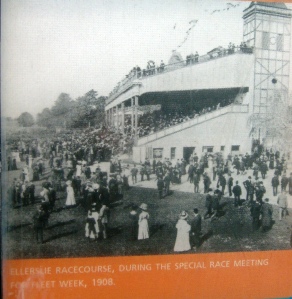